THE "COMEDY CLASSROOM" IS A SERIES OF PAY-PER-VIEW DAILY MOTION INSTRUCTIONAL VIDEOS IN WHICH BOB MILLS GUIDES VIEWERS THROUGH THE PROCESS OF CREATING COMEDY FOR THE TELEVISION VARIETY SHOW USING CLIPS FROM BOB HOPE AND DEAN MARTIN ("ROASTS"), N.B.C. SPECIALS HE CO-WROTE IN THE 1970s & 1980s.  THE VIDEOS ADDRESS A VARIETY OF ISSUES THAT A WRITER ENCOUNTERS WHILE ON THE WRITING STAFF OF A TV VARIETY SHOW. 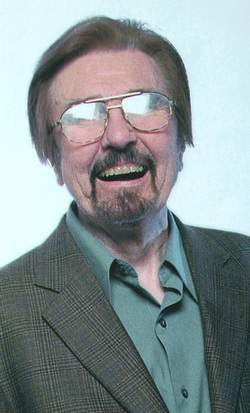 I’ve known Bob Mills for years and when I was told he had finished a book about Bob Hope’s writers, I was happy to hear he was reading again — I knew he was having trouble with the big words. But then — then they told me he had written the book... well, you could have knocked me over with a feather dance — uh, duster.

In The Laugh Makers, Bob Mills takes us on a delightful, side-splitting journey back to the slapstick sketch comedy of television’s Golden Age — a long-ago era of variety, song-and-dance, brilliant patter and a seemingly endless parade of laughs — sprung from the genius of “gag men,” that talented group of wit-blessed wordsmiths to whom the book pays well-deserved homage. I was part of it and I have to admit at the time, I didn’t notice — I mean the “golden age” part. Back then, it just seemed like your ordinary, run-of-the-mill age. Hey, what did I know?

What we have here is a failure to communicate — oops, sorry — that’s from a cartoon remake of "Cool Hand Luke" I’ve been working on. Actually, what we have is a priceless collection of heretofore unpublished recollections revealing untold secrets and goings-on behind the scenes on the Bob Hope Show. It’s a never-before-seen look at the previously classified inner workings of Hope’s well-known comedy assembly line that for decades proved as efficient as any in Detroit.

The Laugh Makers is the book we’ve all been waiting for. It’s jam-packed with stories, anecdotes and photos from a fondly remembered past, recalling often hilarious, sometimes heartwarming, and always touching tales of legendary stars, near-legendary stars and one or two complete failures — which happens in show business. You can look it up in your Funk & Wagnalls.

I must confess that I couldn’t put the book down. That fly paper on the cover was a clever touch, but I probably wouldn’t have put it down anyway. The book, like its author, is truly one of a kind.  So sit back... relax... prepare to laugh and enjoy The Laugh Makers. I know I did. I may even call the library so I can keep it another three weeks.